Before reading, if you are unaware of how the U.S. Prison System works (as we were), click here.

As for trends in the U.S. Correction System – click here.

Now, when us ovaries started looking at this topic, we wanted to have a better grasp on how many women are locked up in the United States and where they are held, to which we found these two graphs: 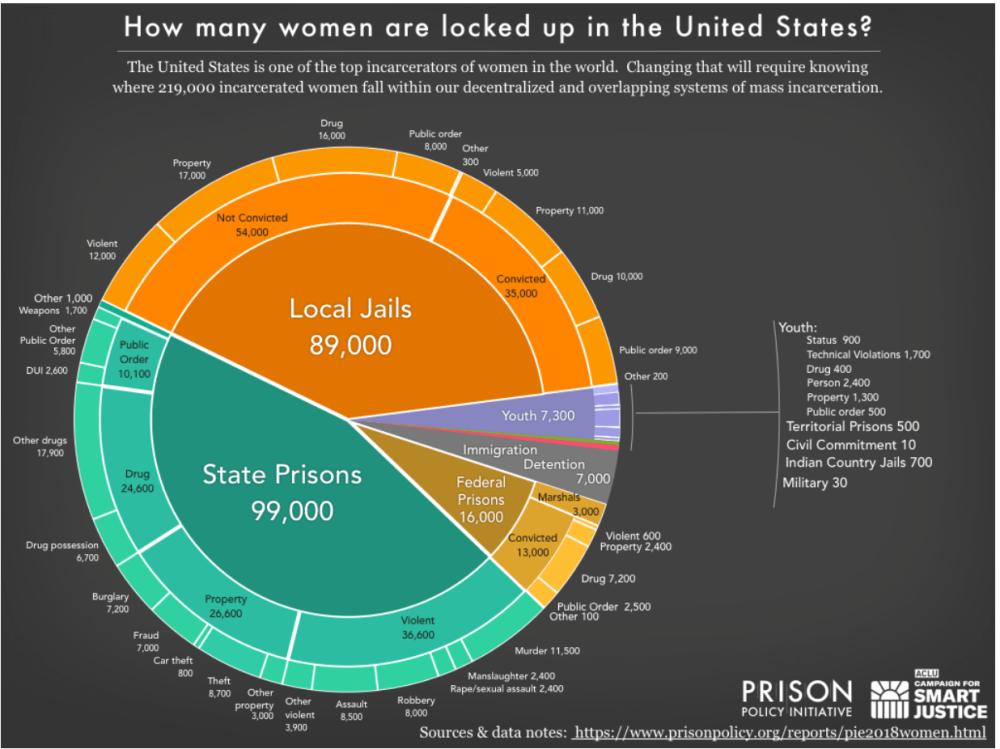 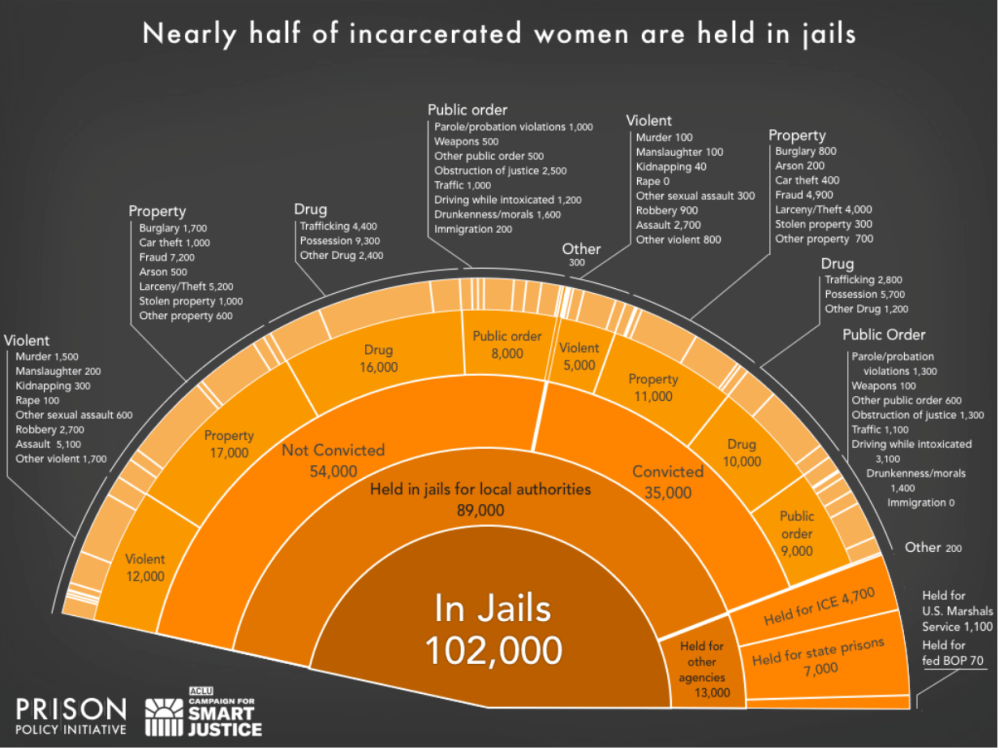 The numbers are astonishing as “avoiding pre-trial incarceration is uniquely challenging for women”. How so you may ask – well, there is no clear concise answer but it could be because incarcerated women have lower incomes than men and have a harder time affording cash bail.

But what does this mean?

Well for one, jails make it harder to stay in touch with family than prisons do. Which is a problem as: 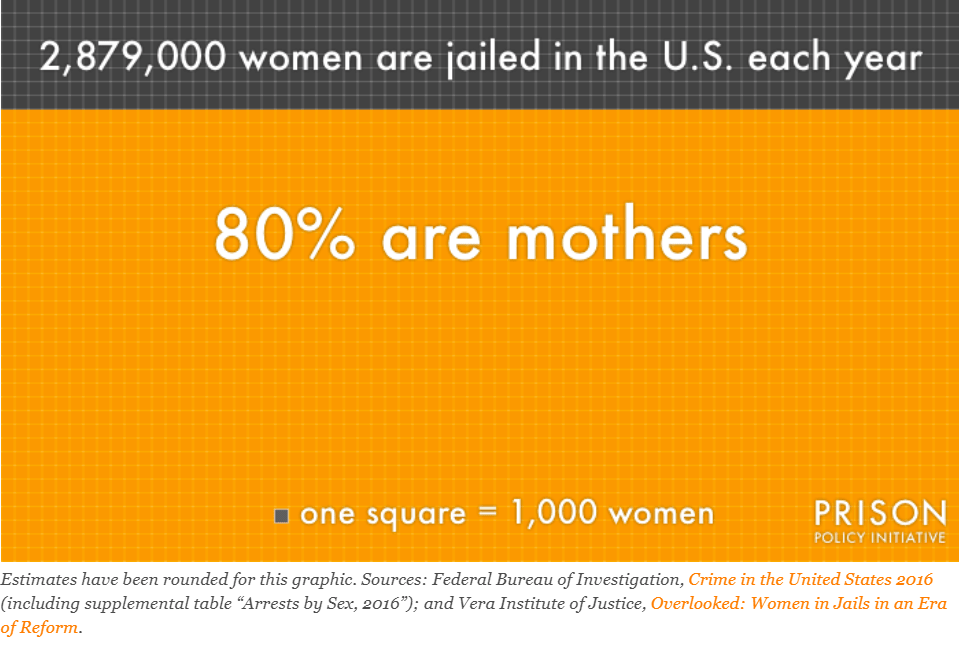 Not only are 80% of the women in jail are mothers, but more than 150,000 women are also pregnant when they are admitted into the system.

Notwithstanding, health care for women in prison is deplorable as:

Women are even legally sterilized in prisons.

The fact that the U.S. correctional system silences the needs of women, shows that the system was designed for men.

To be frank, it is disconcerting that there are no set standards regarding health services that every prison and jail across the nation that has to follow. Meaning, every prison, and every jail have its own rules regarding women and childbirth in general.

Which leads me to discuss how African American women, members of the LGBTQIQAP+ community, Native American women, Latinx women, and differently-abled women are further marginalized.

Take a listen to Topeka K. Sam, who was herself incarcerated for some time discussing her experiences of seeing the disparity of women of color in the prison system.

These are only some factual disparities us ovaries were able to find about health care and the disparities amongst communities in the prison system, but nevertheless, they are mind-blowing and something that we were not aware of.

Sure we can feel sorry for them but…..

What can you do?

These are only three of countless ways YOU can help but if you want to know of others ways click here.

Anyways, it has been a great semester, good luck on finals everyone.

The ovaries have spoken for the last time.