It’s Women’s History Month! Instead of telling you about famous historical American figures, I want to talk about a girl making history today. Her name is Ahed Tamimi, and she is a 17 year-old Palestinian activist.

First, some background: Israel is a Jewish state that came into existence in 1948 after widespread displacement of Jewish people following WWII. The idea was to divide Palestine and create a Jewish and Arab state, with the consent of Palestinians. Sounds like a good idea considering what the Jewish people have been through historically. But, unsurprisingly, the land was taken from the Palestinians, and the injustice got worse as time passed. Part of the issue is that there are an equal number of people on both sides of this ambiguous fence.

Currently, Palestinians are fighting for access to land that has been in their family for generations. Israelis have illegally torn down villages to create their own settlements, and they are taking land with important natural resources including clean water and profiting off of it. This has lead to the collapse of the Palestinian economy. The Israeli military occupation has set up checkpoints limiting access to schools, roads, and health services. They have ripped families apart. 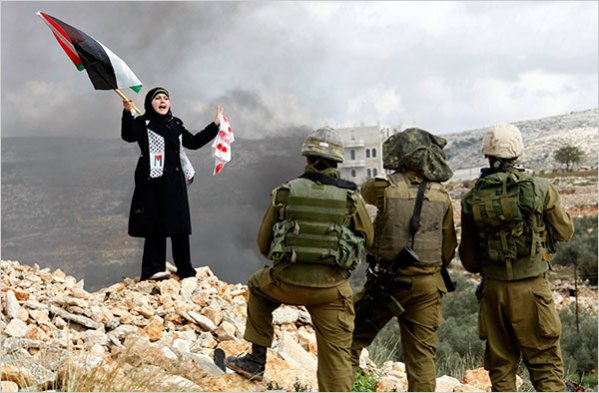 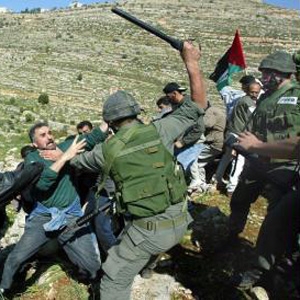 To add to their illegal activities, Israel has also violated a number of human rights laws including, but not limited to: torture, detention of conscientious objectors, and forced eviction and demolition of entire villages. 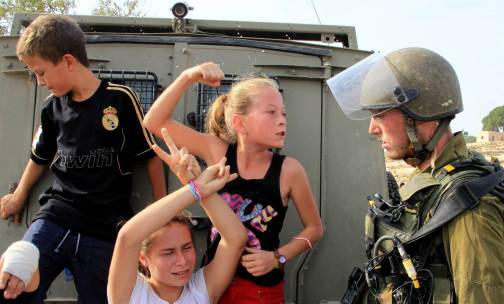 In December of 2017, Israeli soldiers shot rubber bullets at protesters including her cousin, severely wounding him. Ahed, and others, were filmed kicking and slapping the soldiers, who did not physically react, and was arrested shortly after. A campaign for her release was sparked across Europe and North America, raising awareness for the atrocities committed by Israeli soldiers.

I think we can all agree this is not the last we will see of Ahed. Hopefully she will become a globally recognized activist like Malala Yousafzai, a Pakistani who started her work by advocating for educating girls under Taliban reign.

We often put all of our energy and attention into activism locally or within our own country. But there are plenty of people to look up to, learn from, and support worldwide.

One thought on “Making History Worldwide”