If you haven’t been able to keep up with the news for the past few weeks or so, I’m about to do a quick update on what is happening in the feminist and LGBTQ+ community. 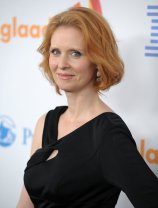 First off, as a huge Sex and the City fan (remember when I made an entire post dedicated about it) I was thrilled to find out that Cynthia Nixon is currently running for Governor of New York. So far, Nixon has stated that her platform will include the legalization of marijuana. In a recent video she says “the simple truth is, for white people, the use of marijuana has effectively been legal for a long time” Did she just spill ALL the tea? Heck yeah, she did. I think it’s incredibly important for someone with public influence and the potential to be a part of the government, where she can make a change in the system to be completely honest and understanding that our justice system has a definite bias that needs to change. If Nixon did win, she would be the first LGBTQ+ governor in New York, which would be HUGE for the LGBTQ+ community.

Secondly, Alyson Stoner (for my Suite Life of Zack and Cody & Camp Rock fans) recently came out.  I think this was incredibly important because in her message she discusses the impact of the harmful beliefs and misconceptions about LGBTQ+ people, and how she fought for years to figure out what she was feeling. She also brought up the issue of being a public figure and all the responsibility that comes with that, and how that greatly pressured her to take her time to understand her sexuality better. Since her coming out, I believe it’s a great representation for those who are struggling to figure out their sexualities based on their upbringing or what they’ve been influenced by, and will help them feel less alone.

Finally, Winnie Madikizela-Mandela, a revolutionary in the fight for anti-apartheid, passed away a few weeks ago. Initially, I had recognized the last name but I had no idea that Nelson Mendela had ever been married, or that he had been married to a total bad ass, and the fact that the media is covering this news as “Nelson Mandela’s ex-wife Winnie dies at 81” is contributing to the idea that without a connection to Nelson this wouldn’t be newsworthy. The fact of the matter is, after reading endless articles on her life and the dedication and her consistent involvement, Winnie Madikizela-Mandela should be remembered throughout history for her involvement in anti-apartheid activism as well as a serving as a Member of Parliament as well as a deputy minister.  She was known as the “Mother of the Nation.” Julius Malema spoke at her funeral and said “I am here not so much to bury Mama, because Queen Mothers do not die, they multiply into a million red flowers of love and freedom.”

Rest in Peace Winnie Madikizela-Mandela, your activism and determination won’t be forgotten.

That’s all for now folks, ‘til next week!