As most of you have probably seen, a new trend started last week. This trend consisted of women posting on their Facebook and Twitter pages saying “me too.” If you wrote this, it meant you had been sexually harassed or assaulted at some point in your life. The meaning of this trend was to give the world a sense of the magnitude of this issue.

When I first heard about “me too,” I was all for it. As as survivor of rape, I feel that owning what happened to you allows you to have power over it. To me, this trend meant (and still means) empowerment. However, as my Facebook feed filled up with these statuses, I noticed something disturbing. This was the common post:

Me too. If every woman who has been sexually harassed or assaulted wrote “me too” as a status, we might give people a sense of the magnitude of the problem.

Read that again. What’s the issue? It singles out just women. Even though women make up the majority of sexual assault and sexual harassment, women are not the only victims. Men, non binary, and transgender individuals all experience this heinous crime.

I grappled with posting this status myself, but after much consideration, I decided to join in. But I purposefully changed my Facebook status to:

When we are taking power over our pasts and using what happened to us to empower ourselves, empower those around us, and inform the world of this issue, we need to make sure we are including everyone. This crime happens to everyone. Not just women.

Now, there have been criticisms about “me too”—the main criticism being that we need to start focusing on the perpetrators of this crime. Some are saying we need to increase their punishment, raise men to be better human beings, raise men to have more respect for women, and change the way they speak about women. 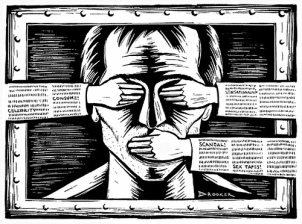 Well yeah, no shit. I’m all for this. I absolutely agree that there needs to be more attention on the people committing the crime so that victims don’t have to speak out because voila, there won’t be any victims. I’d love to flip a switch and stop everyone from using derogatory language, stop everyone from cat calling, stop the groping, stop the boob stares, stop the back glances, stop the unexpected and inappropriate Snapchats, stop the sex expectation the second you show slight interest at a party, stop the rape…the list could go on forever. However, just like women aren’t the only victims of this crime, men aren’t the only ones committing it. So let’s all stop pointing fingers and generalizing women as the victims and men as the perps.

To me, this trend was not for calling out the perps. It was for us. The survivors. We need to feel that people are paying attention to this issue, to us. This was an outlet where we could use our voice without having to give detail about our past. This was a simple two words that portrayed so much more. If you understood what “me too” meant and you went on social media, I’m sure you saw how many people were posting. I know I did. And I was completely shocked. 80% of my feed was full of “me toos.” Maybe this is because I’m friends with a more liberal and outspoken crowd, but it still showed me the severity of this issue. I’m 100% sure that there are survivors who didn’t feel comfortable sharing their past, which is totally fine. But can you imagine if every victim felt comfortable posting “me too?” Can you imagine if we posted it every day? There wouldn’t be one human being left on this earth who didn’t see that post at least once a day. That would show you the magnitude of this issue. Once the world is aware of what’s going on, and I mean truly aware, then we can start to fix the problem at its root. 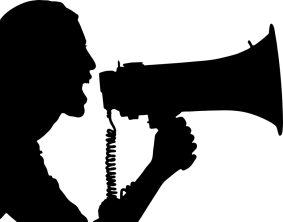 Wake them up. We shouldn’t hate the world for the path it’s on, hate only causes more hate. Rage only causes more rage. Slapping your best friend comes from a place of frustration and rage, yes. But deep down, it comes from a place of love. It’s time to show the world some tough love. So I’m going to keep slapping the world and encouraging my friends to do the same. Until next time, hang loose and rock on.

4 thoughts on “Give The World A Love Slap”