I am a radical feminist.

And I always hear the sounds of a happy parade when I read that sentence, complete with fireworks and elephants trunks blasting towards the sky. I really LOVE being a feminist! 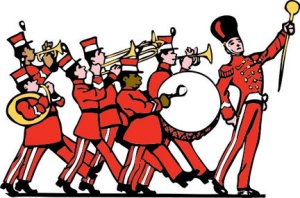 I doubt any of this surprises those of you who have been reading my blogs for three semesters, but for all of the newcomers, I feel like I owe a bit of an explanation. I jumped right into writing about some really intense subjects like enlightened sexism and natural childbirth this semester, with no explanation of where I was coming from or where I am going. Obviously I wasn’t born with a copy of bell hooks in my hands, and some of you may be wondering, how did I get like this? What are my feminist roots?

If I take it all the way back, I guess my first feminist seeds were planted when I was about seven years old and obsessed with the American girl series. Addy, Samantha, Kirsten, Felicity – was there anything they couldn’t do? I mean, Samantha hid orphans of the Industrialization Era in her attic, fed them, took care of them, and then convinced her own rich family to adopt them! Addy and her mother escape slavery in book one, then proceeded to seek education and employment in the North. They were two black women on their own with no money and no education, but through hard work and determination, both made it. “Wow!” thought seven year old me. “Women can do anything!”

It was quite a different message then what I was witnessing firsthand.

The women in my life weren’t empowered – they were too busy raising children and working dead-end jobs. I knew I wanted something different, but I thought I must be weird for wanting a life of my own. I didn’t yet know that the gendered responsibilities I disdained were actually part of a larger patriarchal system.

Fast forward ten years – I am graduating high school and, at this point, I am a little weird. And angry. Really angry in fact. Here are some things I was angry at in 2005:

I really wish someone had handed me an Audre Lorde book at this time or posted a link to feministing.com on my myspace (RIP), but it didn’t happen that way. Even though I believed in feminist ideals and had feminist concerns, I would never have known how to put a name to what I felt. I thought that each issue I upset about was separate from the others, because no one had ever told me about double binds or the intersectionalities of oppression. I had to way to combat, or even to talk about any of the problems I was facing – it’s hard to know now whether I was more mad or confused, or mad at being confused. 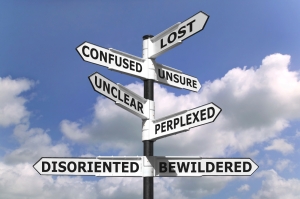 It was in this haze that I took Queer Literature at JMU in spring 2011. To be completely honest, I thought the class might afford me the chance to meet some more bi-sexual girls on campus and talk about the issues I had with my own bi-sexuality, which it did. But it also completely changed my life. I realized for the first time that there were a lot of women in the world who had the same concerns as me – they were called feminists. I eagerly began exploring the movement, but after the class ended and summer began, my new-found interest was cut short by a series of events that eventually molded me into the woman I am today. This next part is a little depressing, but, four years after the fact, I am not afraid to write about it, and you should not be afraid to read it.

That summer, extenuating circumstances forced me to deal with a past sexual assault, one that had taken place over the course of seven years and done a lot of unrealized damage to my self-esteem and psyche. I found the courage to stand up and face my assailant, but soon realized that justice, both in the legal system and society, did not exist for victims like me. Even members of my own family had been so tainted by false views of rape and victim blaming that they chose to take my attackers side rather than mine.

I, excuse my language, lost my fucking shit. I felt that I had no where to go and no one to turn to. I couldn’t believe that in America, land of the free and home of the brave, the system worked against victims of sexual assault, women who are VERY BRAVE and trying to LIVE A FREE LIFE. To matters worse, others noticed my extremely vulnerable state at this time and used the opportunity to enact harm upon an already damaged person. It was definitely the worst summer ever, and that’s putting it lightly.

I went back to school in the fall, but with no idea of  how I was going to hold it together and actually make it to class every day. With so little support in my life, I decided that I was only going to surround myself with people that I thought would be supportive, so I enrolled almost entirely in Women’s Studies classes. I also joined Sister Speak, a feminist ‘zine on campus, and met an amazing group of students and one of my favorite professors ever, Dr. Mary Thompson. I told them what had happened and they had my back 110% – if Dr. T hadn’t been a safe haven for talking through tears and near panic attacks, I don’t know how I would have gotten through that year! I don’t want to get too off-track, but I can I just say kudos to JMU professors for going outside of their job descriptions to make sure students succeed?! ❤ 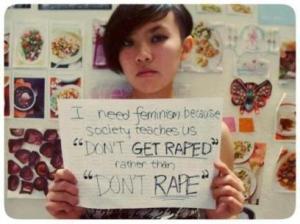 I also found a sexual assault support group on campus and met six girls I will never forget. Together we leaned on each other for support, told our stories, listened, and found out that ALL of us were in sadly similar situations – no justice in the court system and a lack of familial understanding.

By the end of these experiences, I was empowered,  ready to fight against a system that DOES NOT WORK and IS NOT FAIR. I dedicated myself to women’s studies, the personal is political, and eradicating all system of gender oppression. I realize now that all of the things I have been “angry” about in my life are connected to the same patriarchal roots, which narrows my battle, but doesn’t make it any easier. After my experiences as a sexual assault survivor, I don’t believe that institutional reform will work – the legal system, as I learned firsthand, was built by (mainly white) men, who didn’t have women as equals in mind when they wrote laws. Clearly, a whole new system needs to be built, and this is true of many institutions in our country, a fact I am exploring in my new series this semester called “Imposed Cultures.”

So, that’s my story. These are my feminist roots, the reason I say it loud and I say it proud – I am a radical feminist!!

5 thoughts on “Feminist Roots – How I Became A Radical”