First, let’s discuss what disparities are, this refers to the lack of efficiency within the quality of health care, health outcomes, quality of service, and the discovery of disease between population differences such as ethnic, socioeconomic, sexual orientation, and racial groups.

It should be importantly noted that race is socially constructed and here in America, we love to place a value on the color of people’s skin and how they are treated. We live in a White-dominated society and because of this, white women have a higher advantage and benefit politically, socially, economically, and culturally, which creates this privilege cycle.

I’m not saying because of these privileges that all white women are in advantaged and treated as such, but there is this intersectionality of race and gender that gives you advantages and disadvantages. For the Black community. Specifically, black women, when it comes to healthcare access and treatment we are denied and left untreated causing a rise in death rates in America. 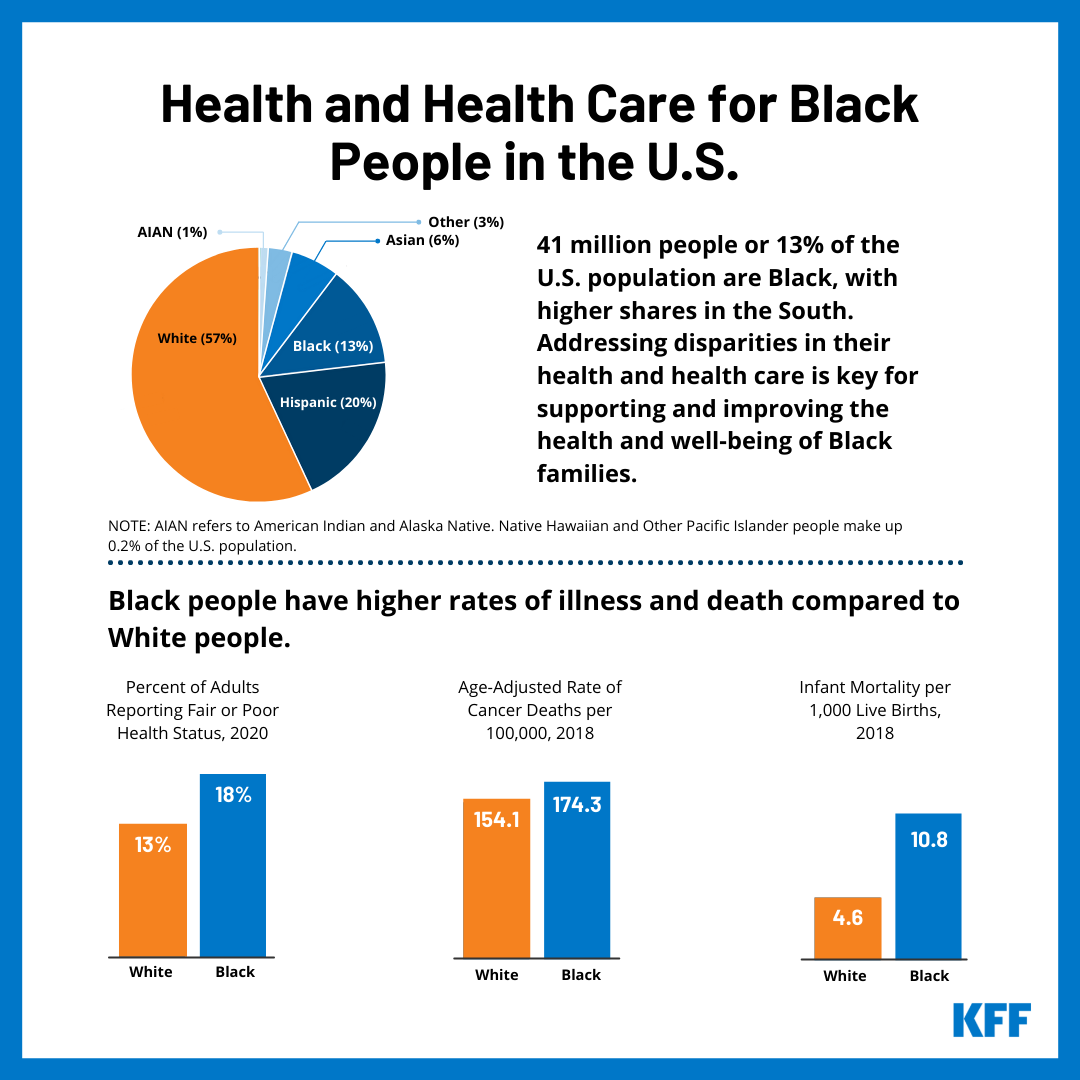 For me, I’ve always been so confused about why every time I heard about diseases and health rates, black people are at the end of it dying day end and day out. I always asked myself  “if race is socially constructed, (that is made up) then why are my people always dying and handed the short end of the stick? You hear on the news about AIDS, syphilis, ammonia, childbirth complications, COVID, or any disease or health outbreak you name it’s always black people, the highest at risk.

Well, ladies and gentlemen here is the answer, it’s simple really, it’s not about race, it is but it’s not. You see biologically speaking without the factor of race, but in terms of a normal human being as long as you are keeping up with your health, and it’s not passed down genetically you’re ok. However, we have these factors such as social determinants of health that shape and affect our health and quality of life for better or for worse, things such as our environment, where we learn, play, live, and work. For our environments are mostly man-made and are built up on the rules and belief of white supremacy causing the black community to struggle. As the black community was pushed into bad living conditions, not given the same equal work opportunity, unhealthy food options in convenient places and so much more.

Going back to the times of slavery Black women were raped, forced to bear children, beaten, and not given the best healthcare. We were seen to have a higher fertility rate and were then forced to reproduce more. Soley based on the fact of producing enough supply to feed the white children as black women were seen as the mammie, the stereotyped “big” and “unattractive” black women who nursed white women’s children never allowed to care for their own children.

These stereotypes from the time of slavery and the Jim Crow era caused a medically racist environment in that women are to be undermined by the need to be strong and handle tough circumstances.  “Black women are subjected to the dominant white group’s interest in maintaining hierarchies of race and therefore these terms continue to circulate and harm women of color today.” -Yale Medicine

In the United States of America, black women are three to four times more likely to die from pregnancy-related causes than white women according to the Centers for Disease Control and Prevention, as black women are undervalued.

To all my fellow Black women, if something does not feel right, say something do not let your voice be undermined. It doesn’t matter if they are professionals in the field YOU know your body and YOU can tell when something is wrong. Take the initiative and document your medical history and pregnancy journey yourself for each visit you have. Don’t be afraid to tell the providers what they can improve on everyone loves constructive criticism.

You must break the cycle today, to have a better tomorrow.

By taking the core themes of a Black woman’s standpoint and infusing them with new meaning, Black feminist thought can stimulate a new consciousness that utilizes Black women’s everyday, taken-for-granted knowledge.