Reality TV, we all love it, we live for the drama, and all they encompass. But let’s talk about the idea that these “reality” shows may do more harm than good. Let’s talk about how different shows can create expectations for those watching, or even those involved in the show. The things we do not think about is how these shows can create unrealistic body ideals, which can lead to body dysmorphia and other illnesses such as eating disorders. People may compare themselves with these reality stars and form negative attitudes towards themselves, or reality stars themselves may compare oneself to those around them in production of the show. Either are susceptible. I have compiled a list of 2 reality shows I believe contribute to body dysmorphia and unrealistic body ideals, whether we realize it or not. I have also included 2 alternative reality shows I believe aim to break this cycle.

These sisters always seem to be on top of the media. When you think about the sisters over time, what do you notice? Over time, their bodies have changed. It is no secret the sisters have gone under the knife once or twice. The deeper meaning to this is they have millions of people watching their show, following their social media and their lives. What kind of message are they sending by altering their bodies to an idealistic shape? I have heard many girls talk about how perfect their figures are, envying them. The idea they model to their audience is a disconnect with their own body. The reality of it is, they do not actually look like this, and by altering themselves they perpetuate this idea of what a “perfect woman” should look like. I think a main problem of this show is with the money they have access to, they can afford to make these changes whereas most of their audience can’t. In fact, I think people in their audience may attempt to have this kind of body with exercise and dieting, which can lead to disorders and unhealthy habits for a body they can never truly reach. I do feel sad for the sisters because I know they too, have fallen victim to the media and have been pressured and scrutinized in more ways than one.

America’s Next Top Model has been running since the early 2000’s. Anyone who watched in the earlier seasons knows the only contestants on the show were extremely skinny girls, and only because this was what was considered “model material” at the time. I only say this because I can confidently state this was a noticeable aspect of the show. Society and the media had shaped an idealistic model figure and were projecting it on models, and by depicting it on the show, projected it to all girls watching it. I can imagine girls that were on the show had a tough time adjusting to the harsh reality of the modeling industry, and years ago it was much more critical than it is now. When I think about the show, I cannot help but to think what kind of social comparisons went on behind the scenes, and the girls that ended up struggling long-term with its effects. Although now ANTM is more inclusive, I fear there are still comparisons that may cause struggle with current contestants.

The reality show “Big Women: Big Love” follows the lives of a group of plus-size women navigating through the dating world. This show is the first to feature a cast of only plus-size women, and aims to break the media’s chain cycle of creating unrealistic body ideals for their audiences. What I want to make sure to note, these are real women with real careers outside of the show, and it doesn’t require them to sacrifice their lives at home to be on it unlike shows such as The Bachelorette or Bachelor in Paradise. The show is uplifting and encouraging to the stars of it. These women are proud of who they are (as they should be) and get the opportunity to search for love in a raw environment. 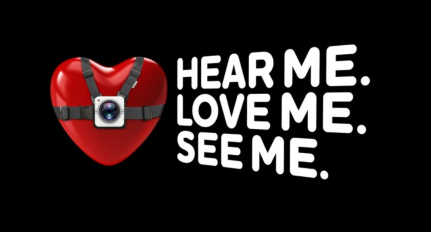 Until I was looking into this topic, I had never heard of this show, but the idea behind it is one that I have never seen before. This is a reality TV show that follows men and women who are single and in search of love. That how you look does not and should not be the sole reason you are interested or uninterested in someone. In the show, men and women go on dates via body cams- but they cannot see each other, they can only converse with one another. They get to know the person through asking questions and chatting, and at the end they get to choose who they wish to continue on with because of the content of their conversation. Only then will they be able to see what the other person looks like. I think the idea and purpose of this show is an important matter to address, we shouldn’t have expectations about what people should look like, and this goes for all physical aspects.