“Life Liberty, and the Pursuit of Happiness”

Well, it’s not that simple.

Environmental Racism:  refers to socially marginalized racial minority communities which are subjected to disproportionate exposure of pollutants, the denial of access to sources of ecological benefits (such as clean air, water, and natural resources), or both.

For centuries, the environment has been slowly exploited, the development of societies contribute to the destruction of earth. 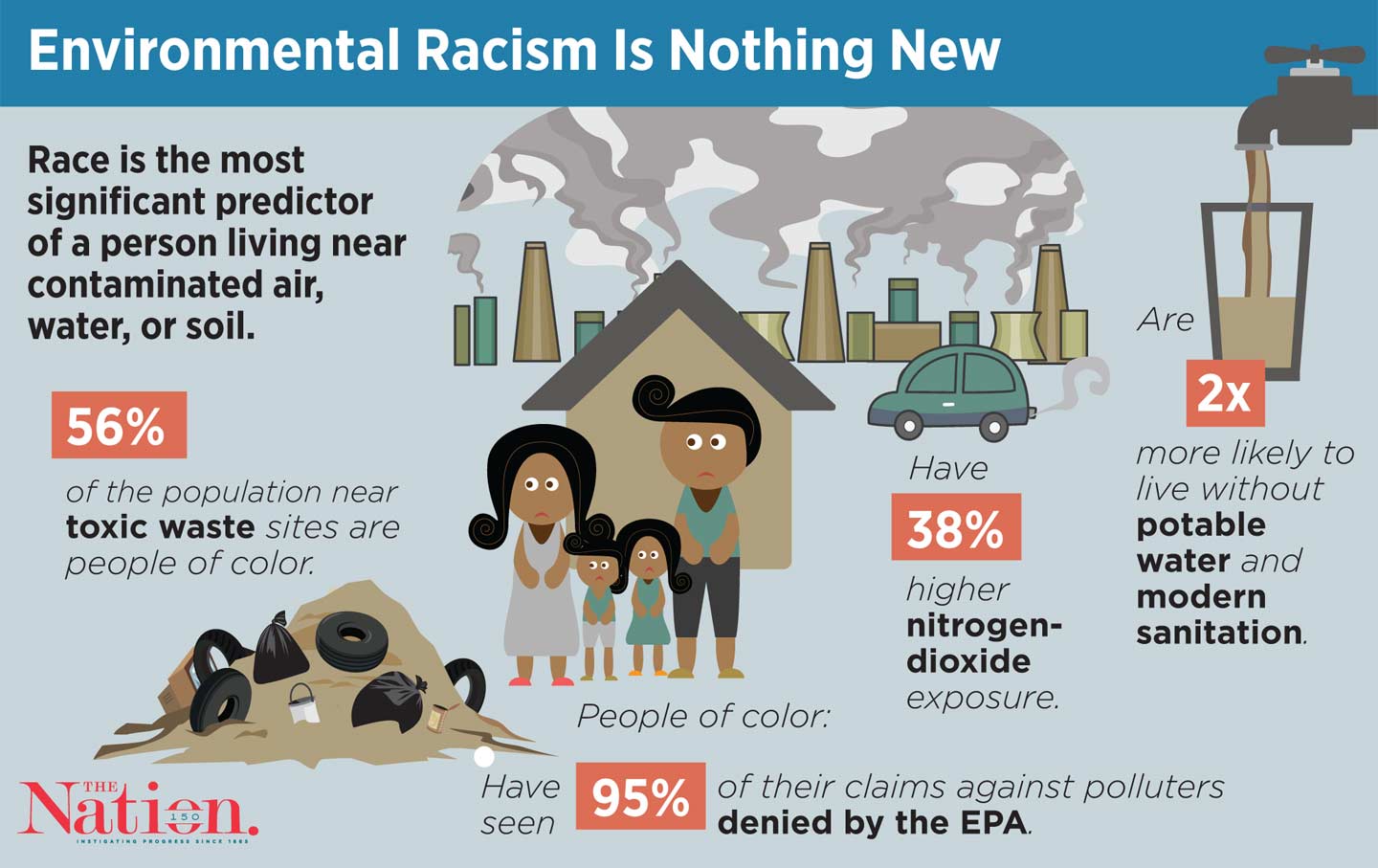 However, capitalistic practices have led to inherently racist intentional placements of harmful industries.

When we buy “eco-friendly” products; are we aware of where they come from?

How do you fight eco-friendliness with civil rights?

Who pays the prices for the progressiveness of our society?

What is Environmental Racism?

Bribe them with Jobs.

Toxic chemical exposure is often placed in lower income, POC (people of color) neighborhoods. Even though it may be in good intentions (for example a recycling plant), companies will often go into low income neighborhoods. This is a clear bribe.

And because of a flawed society, often these neighborhoods harbor POC unable to shake poverty. The offer is too good to be true: Stable, well paying jobs? Sure.

The land near these neighborhoods will have cheap rent, and provide jobs to the neighborhood closest; as they’re counting on the easy job labor associated with the location.

And thus when the plant is operational, noise pollution arises. Smoke from incineration fills the air. Toxic waste from the plastics thus burned are now being disposed of.

This exposure of chemicals is being forced upon folks who didn’t and haven’t asked for it. They’re stuck in a neighborhood that is next to a company that seeks to profit off of their systematic oppression; all for a good cause?

Utilized by the neighborhoods to paid to have it built elsewhere.

All the while, it is a recycling plant.

Environmental racism impacts more than one population and identity. The injustices range far and wide; more than I can fit into a blog post.

All in all, no, the trees aren’t racist. But the people cutting them may be.

The question I leave you with is;

If we all have the right to Life, Liberty, and the Pursuit of Happiness; why does that only apply to the folks with privilege?

PC: The Nation, The Lala, The Globe and Mail, Atlanta Black Star

9 thoughts on “Are the trees racist?”