In the fight for fairness, equity, and acceptance, the true equalizer for all humankind is the rugby pitch.

According to rugby folklore, some 200 years ago, William Webb Ellis broke the norm in his school’s daily football game and made the first moves in what we now know to be rugby. Fact or fiction, since 1823, the game has spread from this small English town, the sport’s namesake, to over 100 countries.

The lesser known, but factually supported story, is that of Emily Valentine. If William Webb Ellis is the founder of rugby, then Emily Valentine was the first to establish rugby as a both a men’s and women’s sport. In the late 1800s, her brothers called her on the field to play after an injury, and Valentine’s game winning try changed the sport forever.

Today, rugby is the fastest growing sport in the United States, and a large, global audience no doubt contributed to the its’ return in the Olympics.

With over 200 pages of laws, this game of both brain and braun is bringing athletics into the 21st century. Many sports today alter rules and events based on gender, but in rugby the women and men play the very same game. It brings to light the often debated concept of hegemonic masculinity, where sociologist R.W. Connell expresses the social dominance of the highly masculine male above all genders.

The presence of women in a stereotypically masculine sport challenges this assertion of dominance, because it questions what we can actually consider to be “masculine”. While public perception and social pressures forced dissolution of female teams throughout the 1900s, the establishment of Title IX in 1972 brought a wave of women back to the game.

As athletics are often slow-moving in the fight for equality, it took African-American athletes like Jesse Owens and Jackie Robinson to remind everyone how powerful sports are in uniting the world and establishing respect. Seeing a female rugby player sprint forward and level her opposition player leaves no question about the strength or social dominance that women possess. 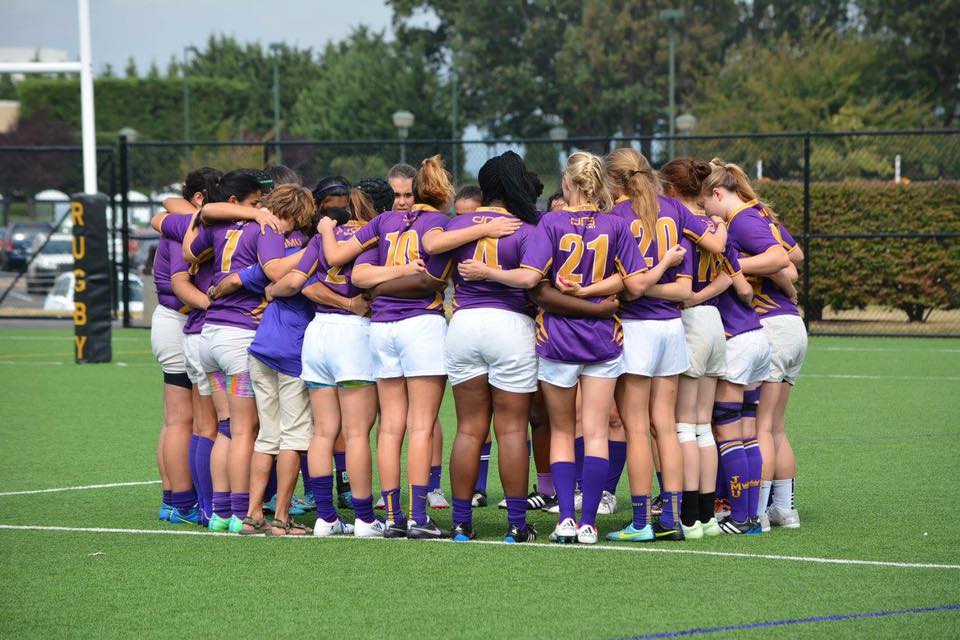 Still, it is a fight every day to change minds. For the James Madison University Women’s Rugby team, it is not uncommon to receive questions like, “Is the team co-ed? Do they let you play with the men? That’s kind of a rough sport isn’t it?” In fact, the JMU Women’s team has received national recognition on many occasions, and a second place ranking in sevens collegiate rugby. They play up to six days a week, spending mornings in the weight room and evenings on the turf.

In this sport, it’s cool to lift, and even cooler to see the smallest players on the team out-bench and out-squat the guys next to them. But it is only relatively recent that young female athletes could find role models in high level players who made it okay to be big, strong, and muscular.

Still, strength and safety remain a concern, but we need to shatter the belief that women are breakable, dainty people. The beauty of rugby is that there is a place for individuals of all shapes and sizes, from your biggest, strongest forwards to the slender and speediest backs. Every day, rugby is building a better idea of body image and cultivating inner strength for women all across the world. Why not give it a try?