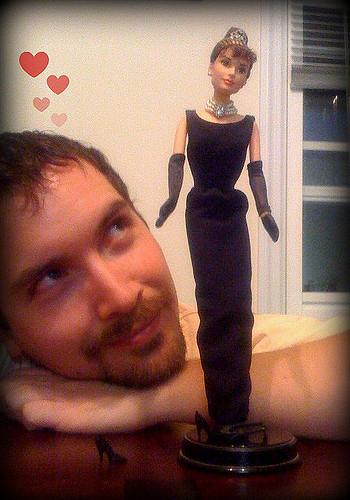 In his special Bring the Pain, comedian Chris Rock stated that “men don’t have platonic friends. We just have women we haven’t fucked yet.” What may seem like a societal exaggeration belies a theory about the relationships between the sexes; heterosexual men may not like women much beyond romance and sex. According to a poll from the University of Alabama both sexes believed it was possible for the two to engage in platonic relationships. However, it was also found that most of those polled believed said platonic relationships involved at least one source of romantic interest, with the ones usually initiating sex being the men.

Psychologist David M. Buss further suggests that in a platonic relationship between a man and a woman, the man is usually the one more likely to initiate romantic/sexual intimacy. Though should said attraction not be reciprocated Buss states that “it is more likely to result in the break-up of the friendship.” This indicates that the average heterosexual man has difficulty disassociating women from sexual attraction, both a consequence of a culture obsessed with oiling up men as hyper-masculinized social climbers and compulsively linking women with male-gaze based sexuality through media.

On the former, Buss states that men have a tendency to see their platonic female friends as either potential sex partners, “useful contacts for expanding one’s coalition” or means for ascending social hierarchies. These findings indicate that most heterosexual men view their relationships with women purely as a means to build themselves up, reducing women to bits of code in programming designed for sexual relationships, hierarchical prestige, and self-esteem boosting. This correlates with traditionally hyper-masculinized narratives of men using everything around them as a means to an end, whereby if a connection does not result in some kind of individual gain, discarded it like fishbone.

Another factor to heterosexual male difficulty of having platonic friends is through mainstream culture’s incessant hypersexualizing of women for a male gaze, further strengthening the narrative that women and sexuality hold an omnipresent link. Social psychologists Sarah Murnen found that half of 1,988 advertisements from 50 prominent American magazines featured women being portrayed as sex objects based on the posture, facial expression, make-up activity, camera angle and level of skin shown. Erin Hatton, co-author of a sociological study at the University of Buffalo stated “it’s the intensity and extent of being sexualized-not just one or two elements-that we are seeing increase in the portrayals of women” using the example that 83 percent of women on the cover of Rolling Stones in the 2000s were sexualized, compared to only 14 percent of men.

The pervasiveness through which women are filtered through a hypersexualized male gaze perpetuates the male tendency to de-humanize women beyond personal gain, as they are conditioned to believe they only exist for male satisfaction. This diminishes the opportunity for men to form meaningful connections with women beyond the potential for romance, isolating the two sexes from each other and leading to a further perpetuation of societal sexism and gendered inhibition.

3 thoughts on ““Platonic Friendships” and Sexism”