Welcome back for another round of newsroom! This week we have a variety of stories to share with you as well as information on upcoming performances that may be of interest to you. Today’s selection of the news is brought to you by @missworldwidexoxo and @maximum2022.

“I’ve seen what happens when someone I love is commodities to the point where they are no longer treated or seen as a real person. I lost my mother and now I watch my wife falling to the same powerful forces.”

Over the past few years the royal couple, Meghan and Harry, have been getting unfair media attention, especially Meghan which has resulted in a lawsuit against a British tabloid for publishing a letter Meghan had written to her father and for telling untrue stories. Such as using public funds to renovate there house. In result to that Harry made a public announcement (quote above). From his statement Harry is afraid that Meghan will have photographer chasing her down which would ultimately get her killed, just like his mother. Meghan and Harry have decided to step back from the Royal family so that they could work more on being a family. On March 31st is when they will officially be separated from the family. A few things that go along with stepping back is they will no longer be going by “Royal Highness” and will have to became financially independent, which means they will no longer reside funds from the crown.

It is evident that the British tabloids love to compare Kate and Meghan on how they do things as royals, but many stories are aimed at making Meghan look bad. The tweet below is a good example on how different people view Meghan and Kate. It does not help that Meghan is bi-racial and American. 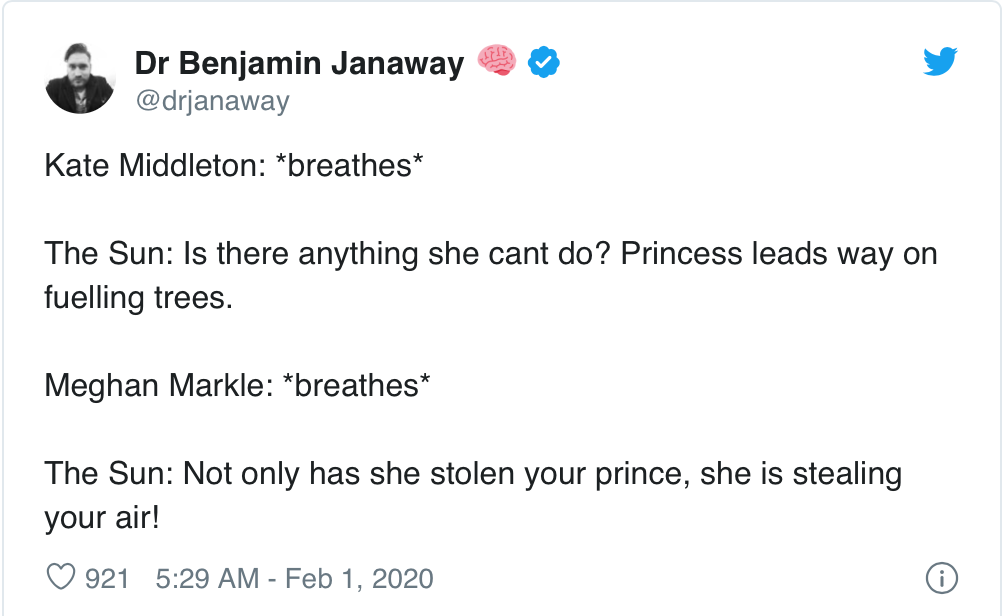 Another example of how harshly Meghan is treated on social media is when someone had taken a picture of her holding baby Archie. Many people where saying they feared for Archies safety because of the way she was seen hold him and that it was “not safe”, or “he’s going to drop him” and “he is a bad mother”. Meghan is a first time mother and the way she is holding Archie is fine. 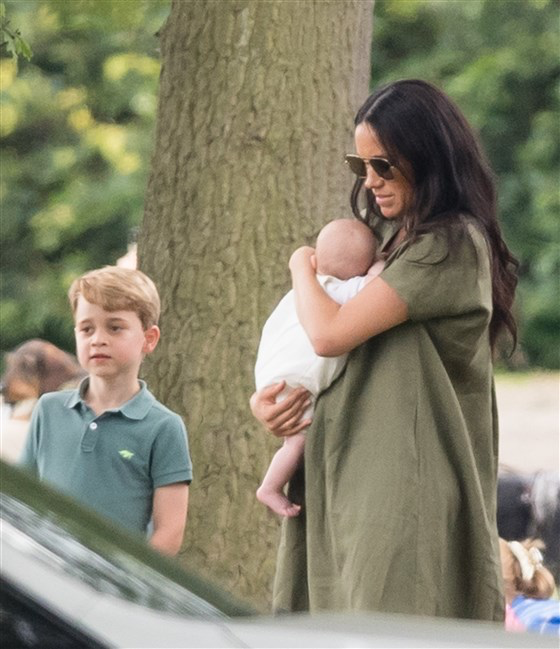 To read more about the royal couple you can read Here

“I’d like to talk about who we’re running against, a billionaire who calls women ‘fat broads’ and ‘horse-faced lesbians. And, no, I’m not talking about Donald Trump. I’m talking about Mayor Bloomberg.”

As the above quote covers, Elizabeth Warren went to task with Michael Bloomberg at last Wednesday’s debates amid the narrowing field of Democratic candidates. Her main focus was his “muzzling” of women in his workplaces that had come forward with sexual harassment claims and were kept quiet by signing non-disclosure agreements (NDAs). She even posted a contract draft that would get these women out of the NDA they had signed, and talked about how many women we don’t know about who have probably signed NDAs with him. Bloomberg initially defended his contracts, but after facing pressure came out on Friday saying these three women would be released.

How many more women have been silenced by Bloomberg? How many men without a sense of decorum and common decency will we allow to rise to positions of power? I’m not impressed by Bloomberg and his power trip, and I hope you look over him and his campaign carefully as well.

For more coverage, check out this article by NPR.

On January 1st opened up a second Oxford house specifically for women who are dealing with substance abuse. Oxford House is a global, non-profit organization that supports those recovering from substance abuse as they get back on their feet. It is the first and only sober group for women in the city. The new house has an occupancy of 8 and is located on Water street in Harrisonburg.

For more information on this you can visit the website as well as the news article. 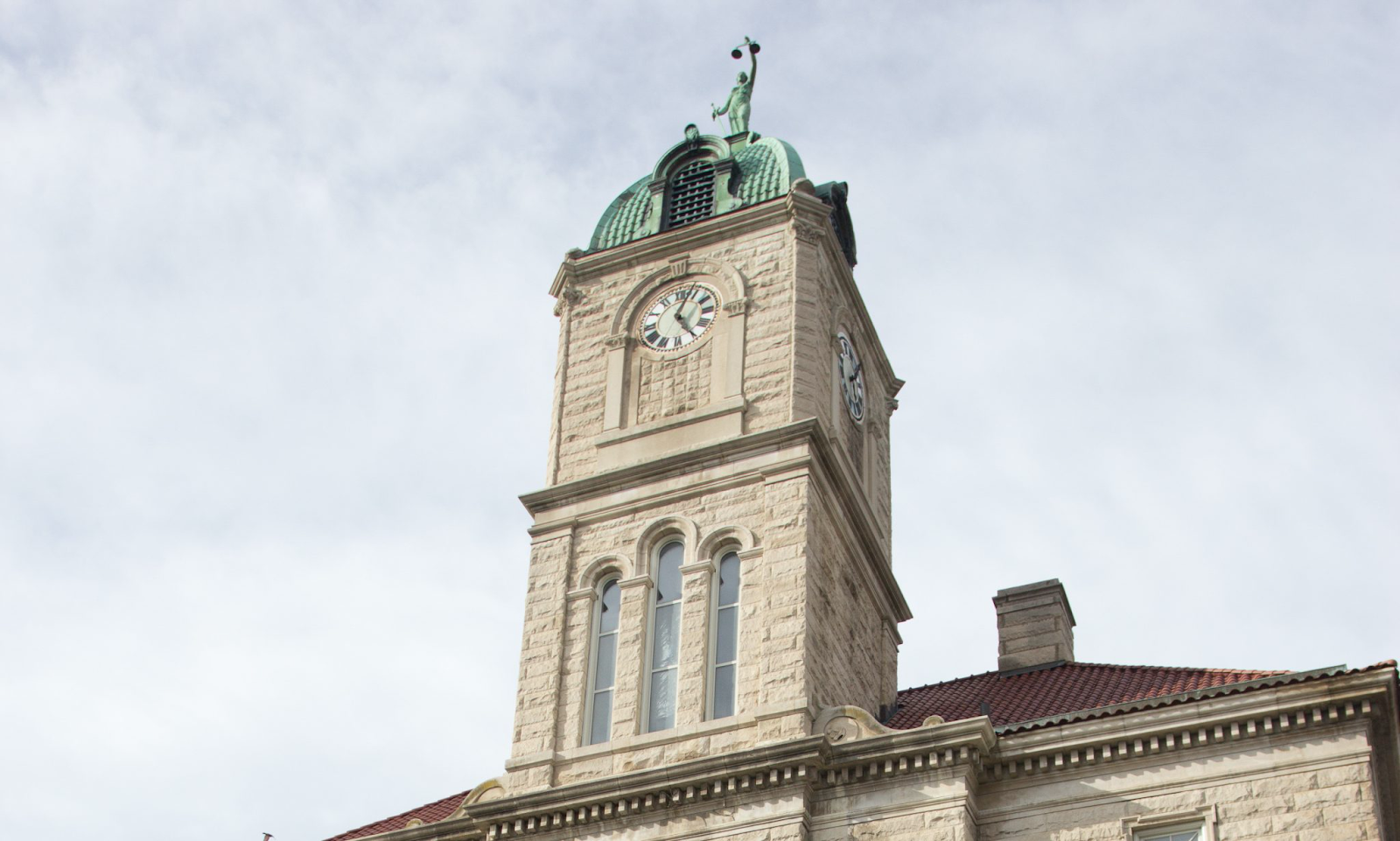 Last Thursday, The Breeze published an excellent article covering a Bill of Opinion being put forth by a senior at JMU who experienced sexual harassment at the hands of a professor and felt the Title IX process and support lacking. The article does an excellent job of covering the story, which you can read here. Hours later, JMU emailed the entire campus community about what they have in the works to help Title IX cases in the future, but in this writer’s opinion it felt like too little too late, as well as a bit dismissive about the claims that JMU hasn’t been doing enough.

Stay involved with campus events and check out Study Group this week at Forbes. What’s better is that one of our very own editors is the stage manager!