I want to start with a story that occurred last year and affected me greatly. I do not want to share for any other reason than this is the harsh reality all women face, even in their seemingly safe college town. It is scary to think what might have happened, but it is also important for us to create awareness. Last January, I was getting out of my car to go into a friends house in the parking lot of an apartment complex here at James Madison University. As I stepped out of my car, I was quickly approached by a man who grabbed me by the wrist and told me to “come to his car” with him. I questioned him and yanked my arm away as quickly as I could and got back into my car, I called the police and filed a report. I think about it a lot, and no one ever thinks it will happen to them, not where we go to school. This is just one of many reports at James Madison, but what else can we do?

When we think about abductions, we almost always primarily hear about women; it is women who are usually kidnapped, sexually assaulted, murdered, and primarily taken advantage of. I want to talk about something that bothers me, and that I am sure anyone who watches the news may point out. Women of color, are the most under-represented in the media in terms of missing persons specifically. As a white women, I can attest that given in my experience, cases of missing black women are not reported on as heavily as a young missing white women in middle economic status. In 2018, ABC News reported that more than 30% of missing people were those of color, they also reported that ONLY one-fifth of these cases were reported on in the media. We have already seen time and time again the obstacles and discrimination people of color must face every day, but this problem is much bigger than anyone is talking about.

I am not sure if any of you listen to Crime Junkie, but the two hosts report on missing persons often. In many of their episodes, they have talked about how missing women of color are labeled as “runaways” and that the police force does not search for them because of that. There are white women of high economic status going missing at the same time as these women of color, and the media refuses to report on them, and for what? Are their lives any less valuable? Why do they not receive the same reports and coverage?  I understand my position as a white women, and I want people to know I hear their cries.

I want to use this to bring some attention to a couple of cases that are prime examples of this media and societal atrocity. In December 2008, Shemika Cosey went missing just a few days after Christmas, and her mother states it was a normal day. Police dismissed the case and labeled her as a runaway, and did not organize any search or coverage, they labeled as though she had left on her own. Her mother, Paula, now 11 years later stands by the belief that her daughter would not have simply left, yet she has still never been found. Maybe, just maybe, if the police had made an effort rather than dismissing the case, Shemika could have been found.

Similarly, 21 year old Unique Harris went missing in October of 2010, and has still not been found. Her mother points out that people may think the police helped them and a search ensued, but she corrects them and explains that the police did not. Her case got little to no media coverage. 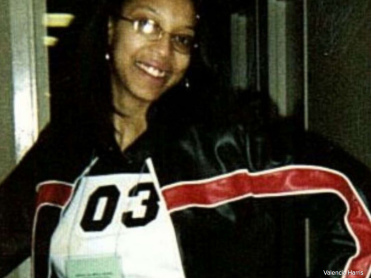 I think we need to think about this in the way that yes, people everywhere go missing. The point is look into how our media perpetuates unequal representation. I will be the first to say, I was unaware of these cases until I did research on this topic, and it makes me mourn for the families and friends of all these young women. These are just two of thousands of cases per year, I hope in the near future we may overcome this inequality as a country.