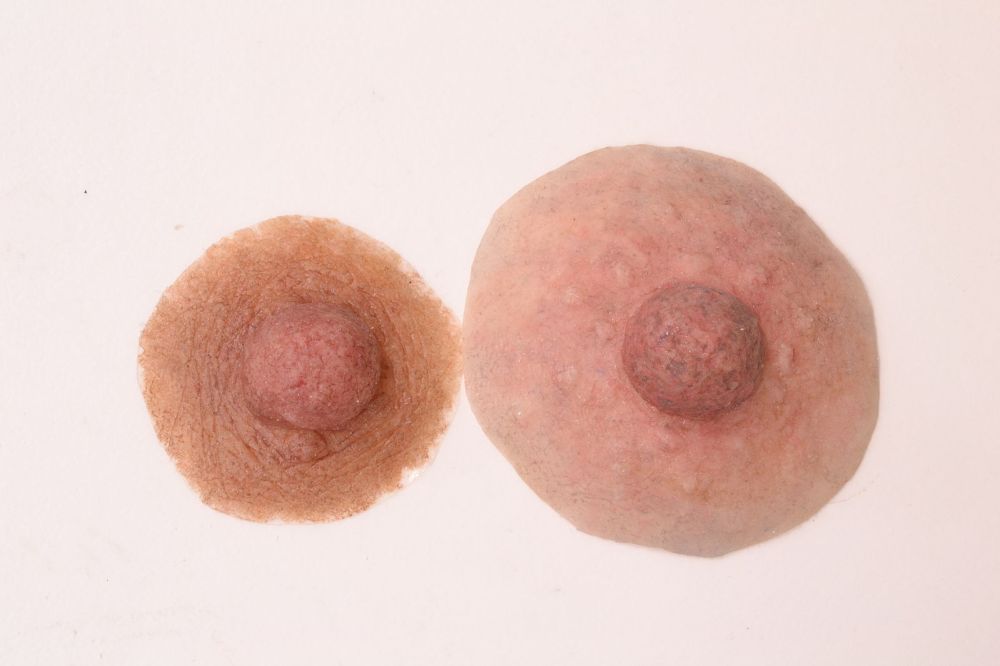 If you look at a male or female nipple up close, can you tell the difference between the two?

On Instagram, @genderless_nipples, with nearly 50,000 followers, posts close-up photos of both male and female nipples, but does not identify the sex of the individual. The caption for each image contains inspiring messages such as “People of quality do not fear equality.” Instagram, Twitter, and Facebook have strict moderation policies, where posts with female nipples are tagged and removed. Thousands of social media followers have posted photos with the hashtag #FreetheNipple to protest the horrendous double standard that men can walk shirtless but women cannot expose their breasts.   It is just human tissue!! As the Genderless Nipples page reminds us, “everyone develops nipples before genitals determine the gender.”

According to The Verge, Facebook removed a photo of a cake because it resembled a female breast. According to Daily Mail, social media sites censor nipple nudity more than violent images and other graphic photos. I believe that they need to focus their time on something more productive. What most people do not know is that men also fought to free their nipples, and in the 1940s, they won their fight to be shirtless. One ironic moment was when @genderless_nipples posted a male nipple, and since Instagram could not tell if it was female anatomy, they removed the photo.

It is incredible that it in 2017 there is still immense gender disparity. The creators of @genderless_nipples told Teen Vogue in an interview that “nipples are only sexualized when they’re known to be part of a woman’s body.” Instagram allows post-mastectomy and breastfeeding photos to be posted, but showing the actual nipple would have too many connotations to sexual intercourse. We cannot achieve gender equality if these sexist ideals still persist.

I would love to ask Instagram how they can differentiate between male and female nipples?  I sure cannot, and I think that when social media instantly removes female nipples, it makes many  women feel ashamed of their bodies. This personally reminds me of my middle school years when girls would be sent home for wearing spaghetti strap shirts because they were too “revealing” and “distracting” for the boys. If we dictate what women can and cannot do with their bodies simply to appeal to what society dictates as appropriate, we are going to create a society of self-conscious women who are constantly concerned about their looks.

This account is incredible because this project wants to fight the sexist double standard. The creators behind the campaign said they created the project as a result of conversation during the presidential election time, when Trump made some horrendous comments about women and their bodies. Today is the perfect time to spread messages of gender equality, and starting dialogue on social media is a great way to spark change. Social media should be a place to make women feel supported and motivated by other individuals. Nipples are not sexual, but sexist ideals are.