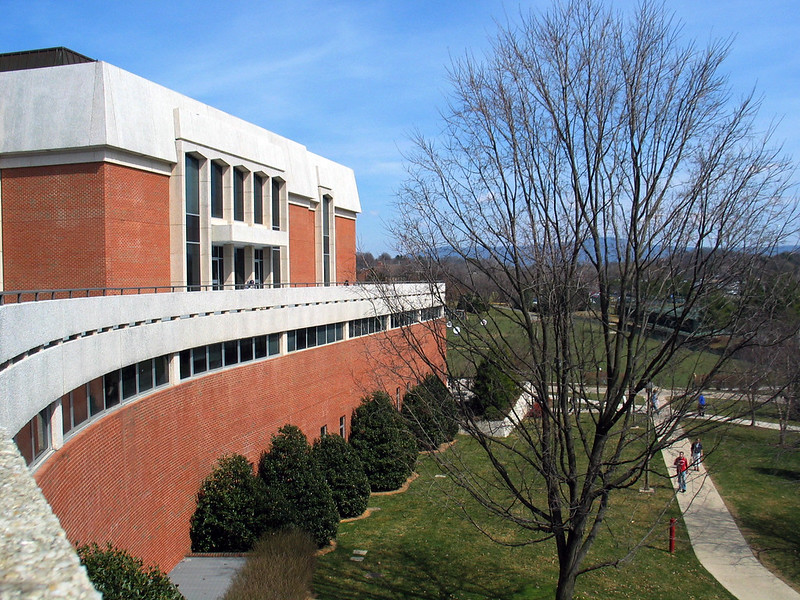 Students are required to only date approved young men, they must be on campus by 11:30 each night, and jeans are not permitted outside of residence halls. If these rules sound crazy, we may have feminism to thank for that.

These are just a few of the many specific rules outlined in Madison College’s handbooks from the sixties. Considering today’s standards, expectations for students were vastly different fifty years ago. Students have been walking in our same place at this school for over 100 years since it started as a women’s school. How has feminism specifically impacted our experience at JMU over the past fifty years?

For many of us, it’s easy to see what feminism is doing right now and where it still needs to go, but we may have forgotten how much we already owe to the movement. Today we are worried about rape culture and Title IX, – (read more about that here) gender neutral bathrooms, and sexist language among a ton of other feminist issues, but fifty years ago, the conversation was very different, if it occurred at all. The mere fact that we’re talking about these things shows the power and influence feminism has had here at JMU and in general culture.

It’s interesting to see how different life was for women in our exact same position years ago because we can see how far we’ve come thanks to feminism.

[The sixties were] “a time of in loco parentis,” said Lynn Eaton, assistant professor and Special Collections librarian. “which meant that the college was a parent in a sense. So what you would have done at home, checking in with your parents about “what’s my curfew, what are my rules for living here, the college took that on and had their own set of rules.”

James Madison University has changed an incredible amount in the past fifty years. Since its beginnings when female students first arrived at the college in 1909, JMU has provided a unique social experience for its students. By the sixties, the school was firmly established in Harrisonburg, and went by the name of Madison College, having changed from the State Normal School in 1938.

Regulations and rules for conduct and dormitory space were still fairly strict up until the 1970s, when Dr. Carrier took over. When men were admitted as residential students in 1966, as was often the case at co-ed colleges, the rules and expectations for dating and dress were more restrictive for women than men. This disparity, along with larger societal changes (like the feminist movement!), provoked the loosening of rules from the sixties to seventies.

Madison College students were overseen by a Standards Committee, a branch of the Student Government Association, which aimed “to promote high standards of conduct and appearance, both on and off campus.” A Standards representative could be found in every dormitory and sorority house on campus.

“Women and men dressed up to a different level than we do now,” said Eaton. “At that time period you could go to a gas station and a gas station attendant would be wearing a tie. There was this whole expectation that when you’re out in public, you’re going to have a public face on. So women would not leave the house without lipstick. You’d always have your gloves on, hat, hose, the whole deal.”

This was just general culture at the time, but the rules about appearance, dress, and safety at JMU were very strict, especially for women. If we had gone to school back then, we would basically have been treated like children. Young women were not deemed capable of thinking or making decisions for themselves, and were highly protected because of rape culture. Rape culture is still around, but we’re more aware of it now, and realize that victim-shaming isn’t the way to go.

Back then, myths were circulated around campus about bad things happening to girls who stayed out late at night or talked to strange men. This was a form of social control against promiscuity and women’s sexuality, and was meant to scare women into following the rules.

The residence halls were overseen by “Dorm Mothers” and hall monitors instead of hall advisors. The dorm mothers were live-in adults that regulated the students’ activity, permitted students to go on dates, and controlled “lights off.”

There were harsh consequences for staying out late or going on an unapproved date. Girls could be expelled for staying overnight at a man’s apartment, and the men would be placed on a college-wide, un-dateable blacklist.

“There were definitely rule breakers and a lot that got away with it,” said Evelyn Riley, a Special Collections graduate assistant from Lynchburg. “For the most part, students tried to abide by the rules, but they also tried to get rules abolished that they thought weren’t appropriate for their time.”

Students protested the dating and dress rules periodically throughout the school’s history. In the early sixties, students were protesting about not being able to wear shorts outside residence halls past 9 a.m.

“Students took it to the SGA, SGA would propose amendments, and every year the rules would get more and more lax,” said Riley.

We protest different things today, but the spirit of feminism and independence that was in the rule-breakers and policy-changers back then is still alive and strong at JMU. We aren’t seen as girls who need to be protected anymore, but as strong, independent women who can act and make decisions for ourselves. We have multiple LGBTQ and feminist groups on campus, we talk about issues constantly, we have access to free contraception at the health center, and people are even petitioning for Women’s and Gender Studies to become a General Education Course. Sure, we still have issues like sexual assault, and the fact that most of our top positions are filled by men, but this started as a women’s school. Let’s not forget the importance of what feminism has done for us, and let’s continue fighting as JMU Dukes for the important issues we care about.