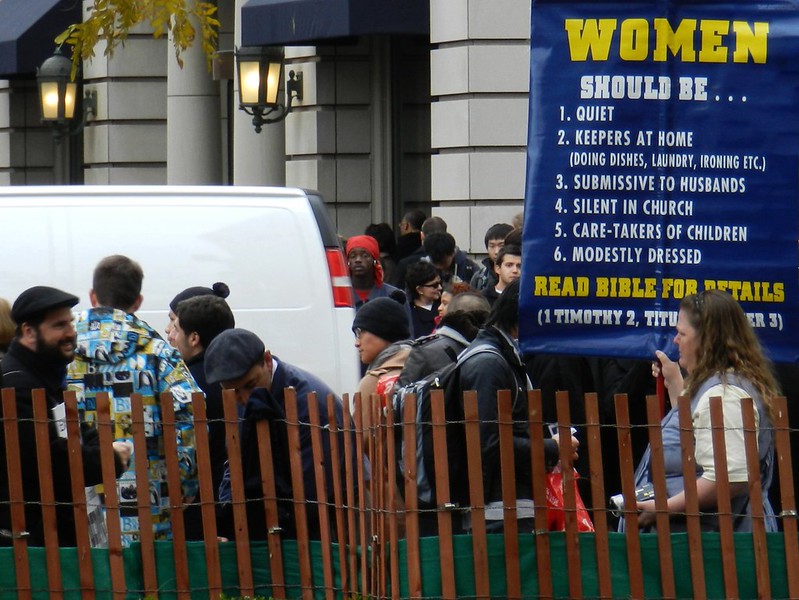 Is there a dichotomy between feminism and religion? This semester I took an amazing class called Women, Power, and Religion. (- I highly recommend Professor Connerly; She’s great!) And it got me thinking about the ways feminism interacts with religion.

I grew up in a fairly liberal Presbyterian church with a female associate pastor who taught me the story that the first preacher was a woman, a prostitute, who spread the word of Jesus. This small thing always made me feel like religion was not entirely against feminism. However, many people have had much worse experiences, and don’t feel the same way as I do.

Most people think that there is a dichotomy between religion and feminism; that they are separate and distinct, even the opposite, or adversaries of each other because there are so many obvious tensions between them, such as patriarchal ideals, women’s equality, abortion, submission, the list goes on and on. However, after studying tons of different religions and the ways they can both oppress and empower women, I’ve realized there’s really something here we should be talking about and exploring deeper: How can feminism and religion work together?

To answer that question, let’s start with a few more questions: Can you be religious and a feminist? The answer to this is a resounding yes. I’ll explain more about that later. When is a religion considered feminist? What tensions do religion and feminism have? And how can we find solutions to these tensions?

I should first point out that not all religions are against feminism. Many religions are already founded on somewhat feminist beliefs. There’s the Quaker belief of “Inner light,” Spiritualism and Wicca were created by women for women, and many religions think of God as genderless, or as dual,so that both men and women can see themselves in God’s image; some even pray to a Goddess figure instead. There are a lot of different ways religions can be feminist – by changing the role of women, by promoting spiritual equality, by allowing women’s voices and experience to be heard etc. Many early feminists such as Lucretia Coffin Mott and Sojourner Truth were extremely religious women. 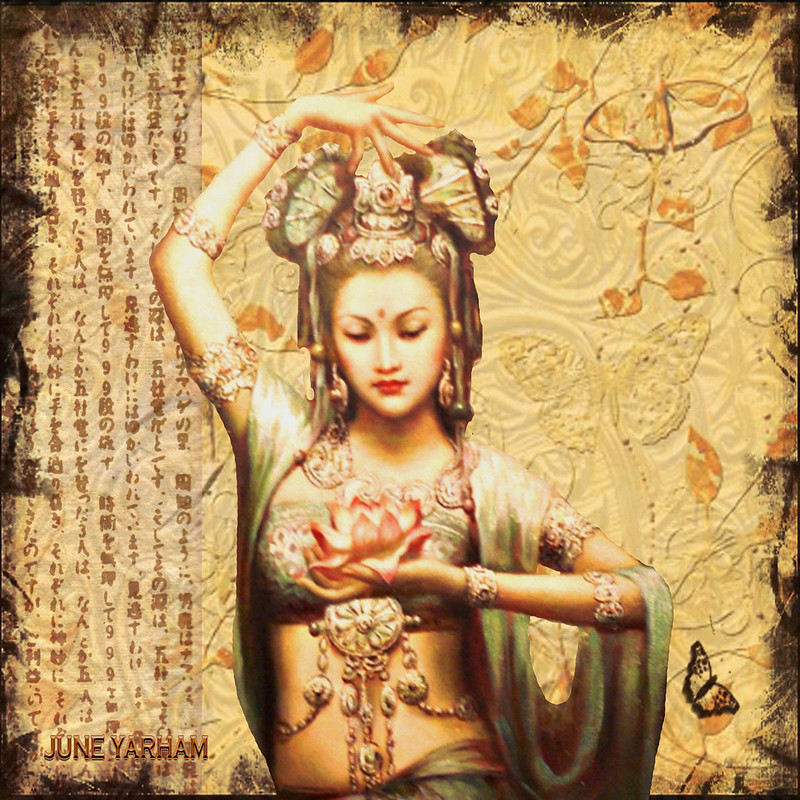 I’ve learned that many things outsiders may see as oppressive, such as modesty, head coverings, and submission to husbands and God, are often seen as a source of power by those that practice them. There are many different forms of power, and we shouldn’t judge one as more real or legitimate than another.

Feminism and religion share quite a few things in common. Both religion and feminism are completely based on one’s own personal interpretation. This means that there can be an infinite amount of ways for individuals to use them and practice them.

We’re also the same in that many people extremely dislike our movements and tend to base their ideas of us on a few extremists or radicals without understanding the deeper reasoning behind our beliefs, or the possibility for vast variation of belief and practice within any movement. I think the main point we can learn from this is that we shouldn’t completely throw something out based on our first impression, or the few tensions we have with it. I believe that if feminists and religious adherents learn from each other and work to understand and respect each other, then they can more easily work together towards common goals and values.

Much of religion is based off of the same core goals that feminists share: working against poverty, caring for humanity, and basically trying to be a good person. So I think we should spend more time looking at what we both care about, instead of what we disagree with.

I recently got to talk to Rabbi Emily Aviva Kapor, the only out ordained transgender woman orthodox rabbi. I was extremely excited to see the ways that she was making a home for transgender people in the Jewish community. She even created her own Mikveh ritual for people going through transition.

Creating new rituals for those that have been excluded from full participation in the past is extremely important in creating openness, equality, and inclusion within any religion. This to me is the goal of feminist religions, and it’s done through many different methods including reinterpretation of sacred texts, creating new rituals, and allowing more inclusion for women and others in top positions. All these things start with open discussion and dialogue about tensions and the possibility for change.

Find whatever works for you! There are a million different topics to think about, and even more ways to interpret them. Go online and check out religious feminist and LGBTQ groups. Whatever religion you’re interested in, I’m sure you’ll find other feminists there discussing and working with some really cool ideas!

4 thoughts on “Thinking About Feminism and Religion”