I’ve thought (read: fantasized) a lot about my engagement, from the location to the surprise to the magazine-worthy pictures that will be posted on Facebook the next day. And in this fantasy, the proposal always includes an engagement ring (vintage, with a unique stone in the middle surrounded by diamonds. I haven’t thought about it too much though…). I’ve always considered an engagement ring to be a promise of a future life-long commitment, as well as a really pretty piece of jewelry. But where did this tradition even come from? And is a ring a commitment statement or something a little more misogynistic? 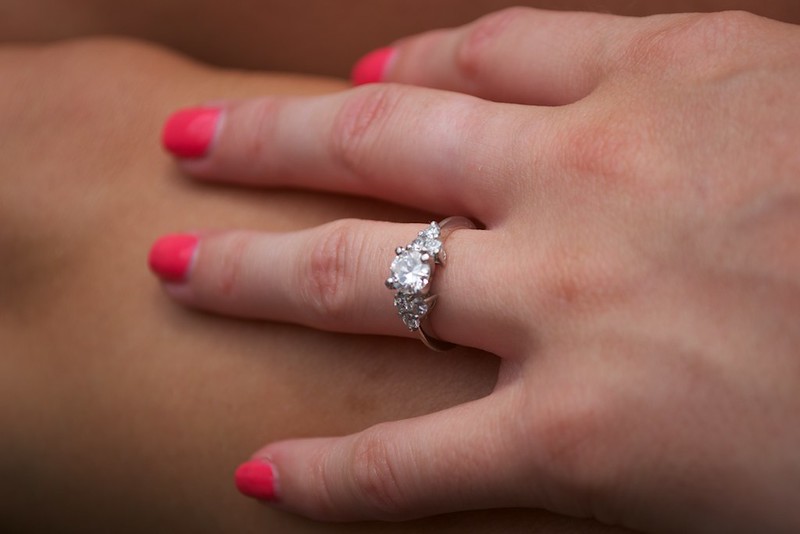 The tradition of diamond engagement rings actually began as a marketing scheme launched by the De Beers diamond company in the 1930s. Because De Beers diamond sales had been dropping throughout the 1920s, the company hired the advertising firm N.W. Ayer to create a promotional campaign to increase sales. What resulted was a decades-long strategy of normalizing diamond rings into our culture. Ayer hired Hollywood celebrities to wear diamond rings in public and convinced fashion designers to proclaim a new “trend” of diamond rings. Additionally, De Beers coined the phrase, “A Diamond Is Forever,” cementing the image of diamond rings as a promise of a permanent commitment. By the mid-1960s, engagement rings had become a necessary part of engagements as well as a chance to show off one’s wealth. The idea of engagement rings does not stem from a lifetime of romance but from a corporate manipulation of emotion.

As for me, I’m still unsure how I feel about engagement rings. I love the idea of something that symbolizes my love for my future fiancé, but I hate that it’s steeped in the tradition of quantifying women as property. Additionally, the fact that the engagement ring that we are familiar with was actually created as a marketing strategy takes a bit of the magic away. But I do acknowledge that it is a huge part of our culture, and that choosing to stray away from that would be very difficult. But knowing the origins and the implications will help me make an informed decision when the time comes. So, as Queen Beyoncé SHOULD say: “If you like then you shoulda put a ring on it but also understand the historical implications of your actions and work to emphasize your equal partnership.” Sounds like a Grammy-winner to me.

In the new series ‪#‎AskWhy, some ShoutOut! bloggers (and anyone else who’s interested) will explore traditions and customs in our culture and ask why things are the way they are. If you’re interested and want to read more pieces that question our cultural norms, customs, and traditions, check out mustbeamermaid’s previous post about changing your last name after marriage!

10 thoughts on “Put A Ring On It: The Tradition of Engagement Rings #AskWhy”