Tuning into the Oscars Sunday night, I expected to be entertained and see some great movies be honored. I did NOT expect a feminist statement, and so I was pleasantly surprised when Patricia Arquette gave her seemingly inspiring speech, saying:

“To every woman who gave birth to every taxpayer and citizen of this nation, we have fought for everybody else’s equal rights. It’s our time to have wage equality once and for all, and equal rights for women in the United States of America.” 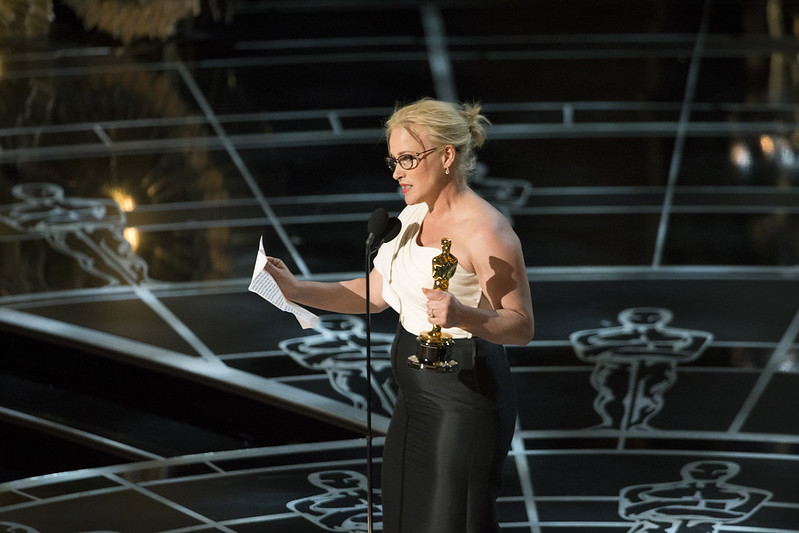 I was on my feet screaming along with Meryl Streep and J.Lo! An Oscar winner addressing a pertinent social issue (and feminism, no less!).

But alas, I woke up Monday morning and was incredibly disappointed with what I saw: Patricia Arquette had elaborated on her speech in the press room later Sunday night, and had amply demonstrated that she didn’t really know anything about feminism. She is quoted saying:

“It’s time for all the women in America and all the men that love women, and all the gay people and all the people of color that we’ve all fought for to fight for us now.“

*Facepalms* COME ON, PATRICIA. Aren’t there women of color and LGBTQ women, who fall under the categories of “gay people” and “people of color” as well as the category of “women”? Patricia Arquette’s statement completely ignores the concept of intersectionality.

Intersectionality, as defined by Susanne Knudsen, is the idea that oppression within society (racism, sexism, homophobia, etc.) is not independent but instead works together to create a system of oppression; oppression “intersects” among many identities.

Understanding intersectionality is an ongoing process. It requires listening to others, particularly when they voice their oppression, and understanding how your experience of oppression relates to others’ situations.

Arquette’s comments were (at best) ignorant and (at worst) extremely damaging to feminism. With that large of a platform (36.6 million people watched the Oscars this year), celebrities need to be on top of their game if they attempt to make a political statement. Oppression towards women does not touch some general idea of “women;” it touches race, class, sexual orientation, religion, and so many other identities. Looking at oppression holistically (through the different identities represented) and seeing how each identity intersects allows us to target oppression in a more complete way.

So to Patricia Arquette I say: Figure out a way to address oppression in a way that encompasses more than just your experience. And maybe do it before you give an Oscars speech.

For additional intelligent thoughts on Patricia Arquette and intersectionality:

3 thoughts on “Patricia Arquette and the Feminist Speech Gone Wrong”