I never thought I would dream of going back to high school…yeeaahh rough times. But recent news about “School of Doodle,” a free, online high school designed to activate girls’ imaginations, has me seriously reconsidering…

The School of Doodle, launched by Molly Logan and Elise Van Middelem, which they humbly proclaim, “possibly the most amazing project ever” (could not agree more) is place that aims to build girls’ imagination and teach them to BE LOUD. The educational venture creates a space for girls to be creative, free, connected and most importantly, LOUD! One beautiful badass behind this project, Natasha Lyonne, describes this phenomenon:

“Being Loud is a philosophy, a battle cry, a habit of mind. Being Loud is demanding to be seen and heard. Embracing every part of you—the messy and the neat. Being Loud is being colorful, curious, compassionate, creative, courageous and confident.” 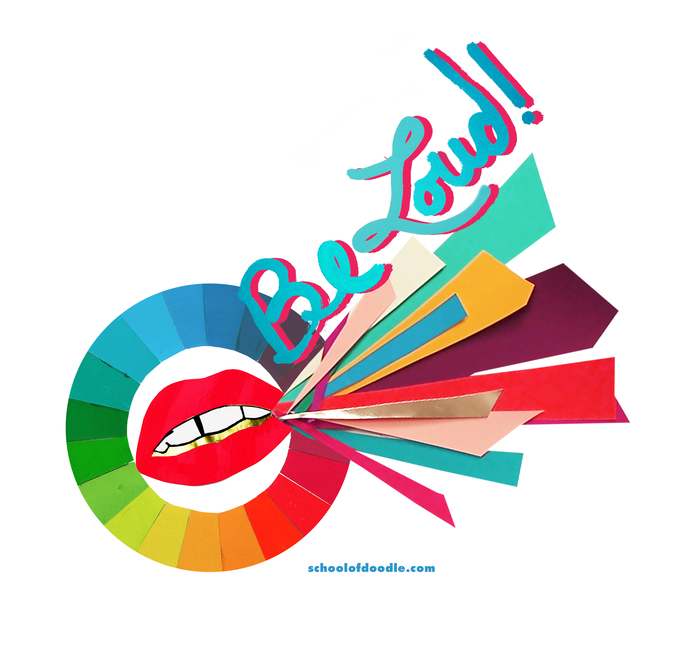 It’s an online “school” (I use that word loosely because it’s really not a school at all. The creators describe it as an “endless obstacle course for the imagination.”) that “assigns” daily duties including “How Do Videos” led by teachers like Kim Gordon, Marina Abramovic, John Baldessari and Yoko Ono. That’s right. YOKO ONO COULD BE YOUR TEACHER. There are also “Doodle Challenges,” modeled after a similar concept to homework (bleh) yet, seemingly far superior to that wicked practice.

If girls are curious about a lot of things, they can “dabble” in a course (for example) with John Baldessari to learn how to draw a portrait in the air with their fingers. Or, if they’re into just one thing—like music—they can “dig” and strike a chord with Kim Gordon and learn how to write a 3-chord song. Check this shit out on their splendid kickstarter webpage.

The School of Doodle has a huge following, with big name backers including Alice Waters, Courtney Love, Sarah Silverman, Susan Orlean, Pussy Riot, Sia, Rodarte, Arianna Huffington, Yayoi Kusama, Natasha Lyonne, Yoko Ono and pretty much every heroine I have wanted to create a shrine for in my spare time. 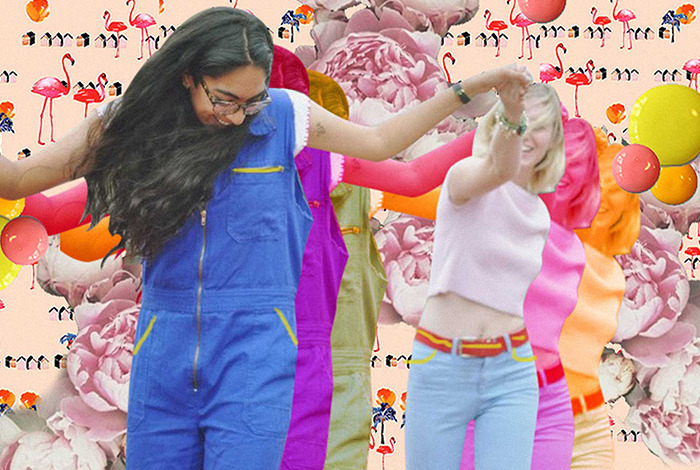 This awesome place (that I desperately wish I could “attend”) is dreaming up an entirely new kind of academic system with NO grades. In the words of its creators,

School of Doodle will create a place, through both its online school and offline experiences, where girls can exercise their imagination without judgment or measure. A place where they expect and demand. Where imagination is a right and not a privilege. Where girls celebrate, and are celebrated for, Being Loud. Where rather than waiting for the world to recognize their value, they recognize it, themselves.” (<– seriously, I am enrolling my future daughter as soon as she is out of my potentially impregnated womb.)

Why is this revolutionary school’s emphasis on imagination so important? Well, imagination and creativity are critical components of non-cognitive skills which research shows are greater indicators of future success than even someone’s IQ. Traits like tenacity, optimism, self-expression, curiosity, empathy and self-confidence are developed and strengthened through creativity and imagination. Our society is far too accustomed to socializing girls to one accepted way of being. We confine girls behave, think and exist in the public sphere in certain ways. We should cut that shit out. ASAP. By exercising their imaginations, girls become more comfortable with risk and failure, develop a stronger sense of self and, in turn, can overcome social, cultural, political and physical obstacles, with optimism and confidence. That’s why School of Doodle ROCKS.

One of the things I love most about this initiative is that although it targets teen girls, ANYone can join for free. It is an inclusive way to educate the masses…just like feminism. The RadicalRadish recently posted about how while feminism, “can be beneficial to both men and women,” it should also work to include, “men and women of color, transgender and queer individuals of color, and people from all parts of society in our fight for equality.” The School of Doodle is fucking awesome for that reason. It is free, online and accessible to EVERYone. Because, as TheRadicalRadish points out, “solidarity is for everyone.”

Inspire our youth to use their imaginations. Inspire them to be curious! To be confident. To be free. TO BE LOUD! To doOoOdle. To embrace weird, eccentricities instead of molding to accepted standards spoon-fed by society. School of Doodle is revolutionary. Doodle on girls, doodle on.