So we’ve all seen those videos on television that feature starving kids in Africa, skin and bones, sunken cheeks and even with flies in their eyes.  Don’t get me started on the cheesy Sarah McLachlan songs in the background or maybe that’s the SPCA advertisements of injured animals but that’s besides the point.  I will readily admit that when those come on I immediately change the channel, not because I’m heartless, though some people may tell you the contrary…I change them because I feel like it’s the wrong method of approach to the cause.  It reminds me of those pro-life extremists that come to campus who put up blown up and gruesome images of mutilated fetuses.  Bombarding your audience with depressing or vomit inducing images is not the proper forum to gain a response or action.  Granted the organizations trying to stop world hunger have an amazing cause because hunger is something that no one should see as an issue.

Feminism is not just about women’s issues but aims to achieve equality for all minorities and the oppressed.  Inequality is the dominant theme when it comes to gender issues, sexual issues, class issues, or social issues in general.  I feel like we all know that there are people starving in third world countries and there are also people starving in our country, but on a much smaller scale.  I don’t think wide scale poverty is very common in America.  I’m not trying to trivialize our class issues, unemployment rates, or the inequality but through a macro lens there are people much worse off than us.  We obviously have pockets of poverty, some urban and some rural, some north and some south but we have a government that provides aid, of some shape or form, in such situations.  I don’t want this to become a political debate because there are so many parts that factor into inequality, education, politics, culture, race, gender and so on.

This is primarily me putting my thoughts on paper, so to speak, because over spring break I went to Nicaragua and I don’t think extreme poverty is mentally attainable until you experience it first hand. I’ve learned about inequality and impoverished conditions for many years but seeing these houses that are made of anything possible, rarely have real doors, use broken glass as security measures, do not possess indoor plumbing place within nation littered with trash where people actually live in the dumps of burning trash, truly opened my eyes. 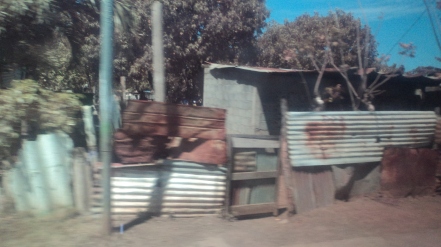 JMU’s Nicaraguan Orphan Fund works closely with OrphaNetwork, which allows us the great pleasure of traveling to Nicaragua and working with an orphanage and feeding center.  Sadly the children that live in the orphanages are better off than the kids living with their parents because they are at least receiving an education, three square meals and some sort of love.  The feeding centers function within a community through its local church and serve as a place where parent’s know that their child is receiving at least one meal a day.

Children all over the country are forced to begin working at an unacceptably young age and sometimes if they don’t bring home enough money each day, they may be physically punished.  Many women are single mothers because the men just up and leave or sometimes the men stick around and rent out their wives for the night to other men.  I feel like all these facts may be a verbal rendition of those starving children commercials but I’m mainly just stating facts because I want you to understand how poor the living, social and political, conditions are in Nicaragua.  I’m telling you how life is there because I want you to fully understand the significance of what I’m about to say…despite these awful conditions, they remain the most upbeat, happy and patriotic group of people that I have ever encountered.

The saying “money can’t buy happiness” has never resonated so deeply with me.  They love their country and most of the people we worked with truly believe that the children are the future of Nicaragua and with them they will bring a significant change, turning the nation around.  All I know is that we, in America, certainly lack that faith in the generations of the future, with our generation being called “the entitled generation” and the growing dependence on technology.  How do we see the future of our country within the hands of the children of today?  How can we be one of the richest nations and not be able to appreciate all that we have been blessed with?  We set out one holiday for giving thanks…why not give thanks everyday?